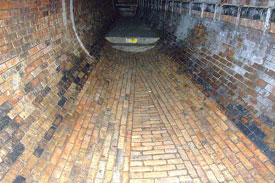 Sanitation revolution: much of this was pioneered in Britain, protecting people from waterborne diseases in particular; the key is the separation of sweet and foul water; Londons new sewers in the 1860s, designed and built by Joseph Bazelgette (1819-91), were one of the greatest engineering projects of the 1800s; it was the world's first purpose-built sewerage system, all 13,000 miles of it; the flushing toilet had been invented in Elizabethan England and the toilet assumed its modern form on the island in the 1800s [see Flush toilet]

At the heart of modern sewage farms around the world is the activated sludge process; wastewater is aerated and biological solids sedimented; the solids are recycled into the aerated wastewater to develop cultures of aerobic microorganisms, for biological decomposition; the process was invented in Britain in 1913 by Edward Ardern & William Lockett; the first piped water supply in Britain was laid from Paddington to Westminster in 1233 [Source: Robertson/Shell]

Blood transfusion: this was first attempted in modern times in Britain in the mid-1600s, following William Harvey's seminal description of the circulatory system in 1628; in 1665 physician Richard Lower successfully transfused blood between dogs; Lower was in a group of Royal Society scientists which included Chritopher Wren, Robert Hooke and Robert Boyle; their results were communicated throughout Europe in the society's Philosophical Transactions, the world's first scientific journal; animal-to-human blood transfusion occurred in 1667 in France but the first attested human-to-human blood transfusion occurred in 1818 in Britain, where also the first blood donor panel was established in 1921 [Source: Robertson] 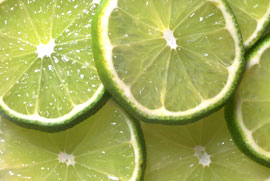 Scurvy tamed: vitamin C deficiency, scurvy, was the scourge of mariners; James Lind discovered in 1747 that fresh citrus fruit could beat it; hence limeys; he had also invented the controlled clinical trial, where controlled refers to a comparison with controls i.e. patients not receiving the treatment; this was a double medical breakthrough; Captain James Cook was the first to protect his crew with fresh citrus fruits, losing not a man to scurvy on what was the worlds first lone-ship circumnavigation, 1768-1771

Willow tree bark in fevers & agues: Edmund Stone, 1763; this is the ultimate origin of aspirin 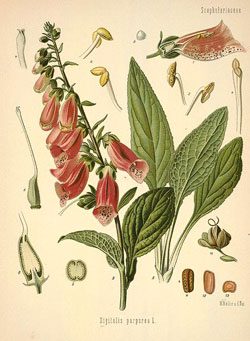 Foxglove: William Withering, 1785; the first scientific study of a herbal remedy was Withering's work on digitalis

Smallpox vaccination: inoculation with human smallpox pustules (variola) long preceded vaccination (i.e. inoculation with non-variolous matter); the first vaccination proper seems to have been performed in 1771 on a local butcher by 'Mr. Downe, surgeon of Bridport', using cowpox material [Source: Robertson]; Benjamin Jesty seems did the same thing in 1774; his gravestone says the first person [known] that introduced the Cow pox by innoculation; Edward Jenner, 1796, more celebratedly did the same thing, becoming the founder of immunology; 'By 1801, six thousand people had been vaccinated, and the number greatly increased after the opening of thirteen vaccination clinics in London by the Royal Jennerian Society in 1803.' [Source: Robertson]; Jenners advance is said to have saved more lives than the work of any other man; immunization is arguably the single most important discovery in the history of medicine, though some medical historians reserve this accolade for antibiotics

Hypodermic syringe: Robert Boyle and Christopher Wren experimented with syringe-like devices in 1657; in 1853 Alexander Wood and French surgeon Charles Pravaz independently invented the hypodermic syringe, this being a piston syringe with a hollow needle

Modern surgery: John Hunter, 1728-93; he had an exceptional talent for disection, cutting and cauterising, turning surgery from butchery into science

'...working among the bodies at his grim dissecting rooms in Great Windmill Street...Hunters celebrity had been based on his practical  indeed terrifying  skills as a surgeon, and his vast knowledge of comparative anatomy.  His characteristic last paper, published posthumously, was A Treatise on Blood, Inflammation and Gunshot Wounds.' (1794)

Hunter tutored Edward Jenner, of vaccination fame; Hunters motto was Dont think, try the experiment; not the first recorded caesarian, but the first by a medical practitioner was that performed by Dr James Barlow in Blackburn in 1793 [Source: Robertson]

Antisepsis: Joseph Lister, 1865; advocated use of phenol, otherwise known as carbolic acid; insisted on cleanliness and the dressing of wounds with carbolic acid gauzes; as a result his wards were free of hospital diseases and death-free, when others were closed because of gangrene with horrendous mortalities; carbolic acid was first manufactured in its pure state as a disinfectant by Frederick Calvert of Manchester, in 1865 [Source: Robertson/Shell]; the first operation performed under antiseptic conditions was when Lister amputated the cancerous breast of his sister Isabella using carbolic acid, at Glasgow Royal Infirmary, 1867 [Source: Robertson/Shell]

Hospitals & nursing: Florence Nightingale (1820-1910) was the Lady of the Lamp of the Crimean War (1853-6); this soubriquet was awarded to her by a Times journalist, to celebrate her nightly ward inspections at Scutari, which hospital she transformed from an insanitary shambles; to the troops she was the 'Lady with the Hammer', being happy to break into supply rooms to serve her patients' needs; Nightingale was the founder of modern nursing, transforming it into a respectable skilled professional calling; she was an early advocate of evidence-based medicine and the use of statistics to assess health outcomes; she also campaigned vigorously for better public sanitation

'Florence Nightingale never used the word 'germ' - in fact the concept of germs would not be known for over a decade...but she had an intuitive sense of bacteria, or dirt as she called it, passing from one person to another.' (Rebecca Fraser, The Story of Britain, 2003)

Her gravestone reads simply F.N. Born 12 May 1820, Died 13 August 1910; the first-ever military nurses were 24 women under Miss Nightingale, who arrived at Scutari in the Crimea on 4 November 1854 [Source: Robertson/Shell]; Florence Nightingales concern for the troops endured as a British tradition of good medical care in the military sphere; for example, during the Second World War

'British soldiers had much better medical care than did the Germans. In North Africa troops had a much lower rate of sickness than the Germans, and better treatment of the wounded. The army was effective in adopting new techniques and medicines, such as sulphonamides, Treutas methods of encasing wounds in plaster, and tetanus immunization; the army blood transfusion service was the envy of all combatant nations in the war. Britain was the only nation to go to war with a fully working blood transfusion system. British troops landing on D-Day had DDT impregnated shirts, and sprays and so on were used to control flies and other insects. The German forces had rates of louse infestation thousands of times greater than those of the British.' (David Edgerton, Britains War Machine, 2011; references omitted)

Anaesthesia: Humphry Davy speculated on the potential use of nitrous oxide as an anaesthetic in surgery, 1800; had Davy required surgery in this period the use of anaesthetics would doubtless have started decades earlier than it did; Henry Hickman was the first to show inhaled gases could induce unconsciousness, in the 1820s; chloroform was used in obstetrics from 1847, for example by James Young Simpson on Queen Victoria; 1847 also saw the insallation of the first full-time practising anaesthetist in the world, John Snow, at St Thomas's Hospital, London [see Cholera]

Astigmatism: the first spectacle lenses for correcting astigmatism were constructed by George Airy in 1825 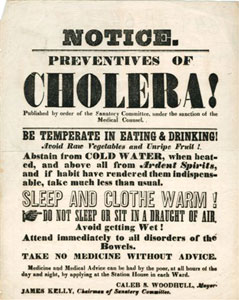 Cholera: identification as water-borne disease by John Snow, 1854; Snow was the first epidemiologist and also a pioneer anaesthetist; Britains last cholera outbreak was in 1866

'...ask epidemiologists, and they will probably praise a lesser-known British achievement: birth-cohort studies, the observation of groups of people from birth onwards. This week, members of the oldest British birth cohort, all born in one week in March 1946, will celebrate their 65th birthdays...They are part of the longest-running human experiment of its type, an endeavour that - along with later generations, including cohorts born in 1958, 1970 and at the turn of the millenium - is the envy of researchers around the world...The 1946 cohort shows, in stunning detail, how long-term studies can pay off. It has provided a treasure-trove of data linking early socioeconomic status, health and development to later events, such as disease, educational attainment and well-being. And it is already starting to show how genetics and a lifetime of experiences influence the ageing process.' (Nature, 471, 5, 2011)

Splint: Hugh Owen Thomas (1834-91); one of most effective surgical appliances ever devised 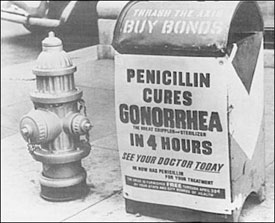 Penicillin: Alexander Fleming, 1928, at St Mary's Hospital, Paddington; rendered practical by Howard Florey & Ernst Chain in Oxford; penicillin was the first of the antibiotics, the most effective life-savers ever invented, in the view of some medical historians, others favouring vaccination for this accolade; antibiotics have been credited with adding a decade to average lifespan; in regard to the clinical application of an antibiotic, 'The first was made at St. Mary's on 9 January 1929, when Fleming treated his assistant, Stuart Craddock, for an infected antrum by washing out the sinus with diluted crude penicillin broth and succeeded in killing most of the staphylococci.' [Source: Robertson]; Fleming was prescient, saying in his Nobel lecture in December 1945

'There is the danger that the ignorant man may easily underdose himself and by exposing his microbes to non-lethal quantities of the drug make them resistant.'

Condom: a reinvention; the oldest surviving example is from Dudley castle, dating from around 1640; Casanova called them his English riding jackets; the world's first polyurethane male condom, made of Duron, was manufactured in Cambridge by London International Group, starting in 1994 [Source: Robertson/Shell]

The Pill: Herchel Smith (1925-2001) developed and patented ways of synthesizing the steroids that were used in oral contraceptives, a crucial advance on their extraction from Mexican yams; Smith bought a yacht and called it Synthesis

CAT scanner: Godfrey Hounsfield of EMI, 1971; CAT (computerized axial tomography) uses X-rays to build up a picture of the brain and other tissues; first use was in London to diagnose a brain tumour [Source: Robertson/Shell]; also contributions to MRI (magnetic resonance imaging) by Peter Mansfield, around 1976; ultrasonagraphy development and first diagnostic use by Ian Donald and Tom Brown, 1950s

Cataract surgery with plastic lens implants: Harold Ridley, 1950); this has prevented blindness in millions across the globe; the first cataract operations were performed in 1903 by Lt-Col Henry Smith of the Indian Medical Service [Source: Robertson/Shell] 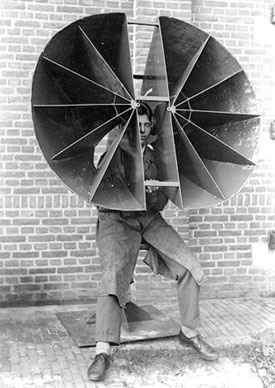 Hearing aid: the first practical portable electrical hearing aid was commercialised by the Marconi Company in 1923, but it weighed in at over 15 pounds; 'The first electronic model designed to be worn on the person was the Amplivox, which weighed 2½ pounds and was marketed by A. Edwin Stevens of London in October 1935.' [Source: Robertson]

1831 - Dental chair (adjustable); designed by James Snell, London, and described in Practical Guide to Operations on the Teeth

1876 - Sex-education manual; Counsel to Parents on the Moral Education of their Children, Elizabeth Blackwell, London